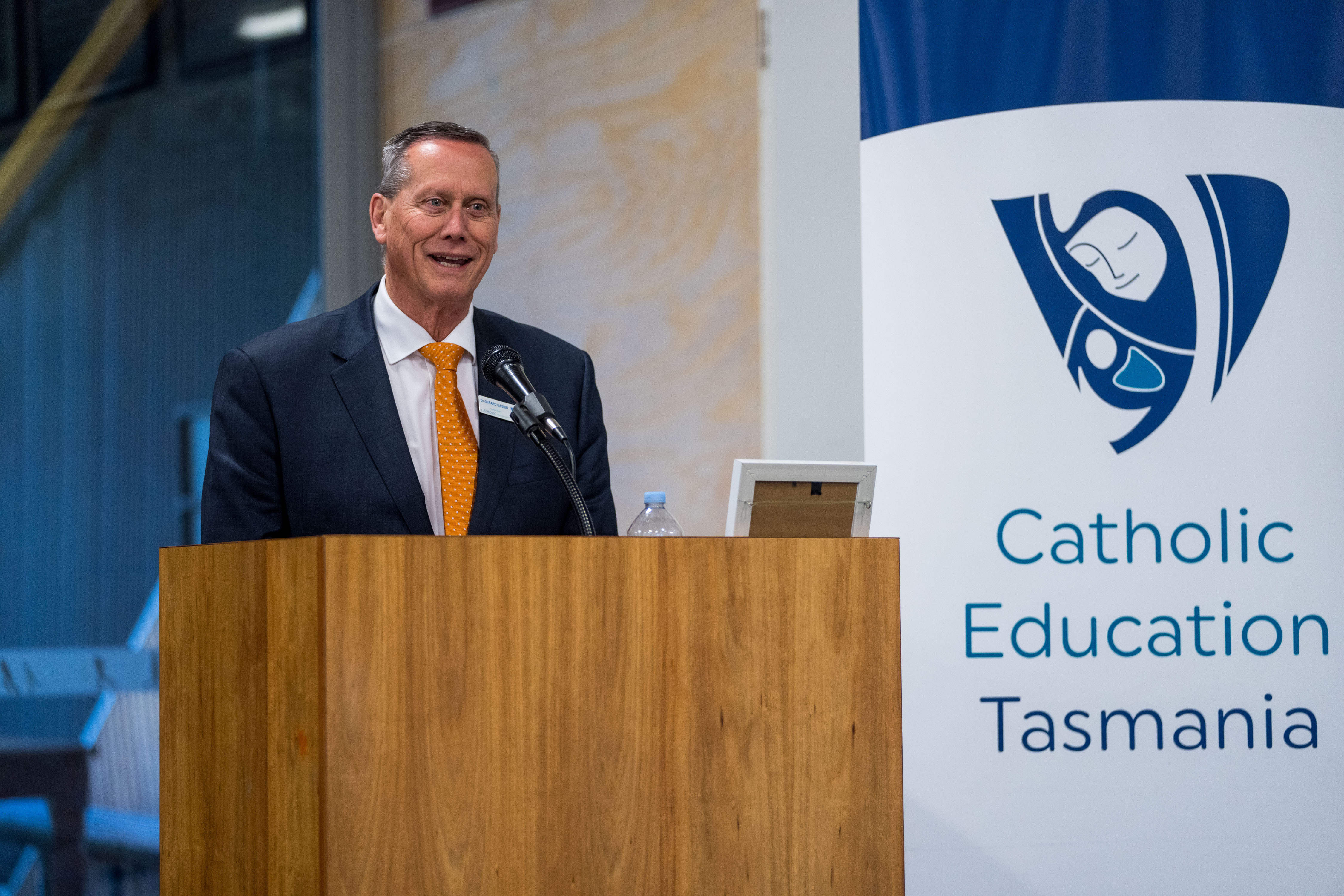 Outstanding and exemplary staff contributions to Catholic education were celebrated across Tasmania last week, as part of Catholic Education Week 2022. Six successful Masses and Ceremonies helped celebrate all the good that occurs in our schools across the North-West, North and the South of the state. This year’s theme for Catholic Education Week was ‘Proclaim with Joy’ which aimed to celebrate the fantastic things that take place every day within Catholic education.

His Grace, Archbishop Julian Porteous, led students, staff, and friends of Catholic education in a Mass in each of the regions, which gave attendees an opportunity to reflect and celebrate together in prayer.

“The week is situated around the Feast of the Assumption of the Blessed Virgin Mary which is a very appropriate time to be reconsidering the great work that we do throughout the school year. Anything that furthers the work of Catholic education, anything that adds value to the positive influence that we can have with our students should be recognised.”

Dr Gaskin applauded the work that is accomplished every day in Catholic education and enjoyed being able to celebrate the awards throughout the state. “It is an honour to serve alongside such dedicated professionals while recognising the efforts in furthering the work of Catholic education.”

Following a Mass in each of the regions, the CECT Recognition Awards were held to celebrate individuals who have shown an incredible commitment to Catholic education. Exemplary Contribution Awards were presented to Carmel Jones of the Sisters of St Joseph and Dr Perpetua Turner who exhibited their significant positive influence on anyone they worked alongside.

We congratulate all award winners and appreciate the time and effort that went into organising such successful Catholic Education Week Masses and Award Ceremonies for 2022.